What is SRED and How Do I Track It?

Have you ever heard the term SRED and wondered what it was all about? The Canadian government provides tax-reducing incentives to companies conducting qualifying Scientific Research and Experimental Development (SRED) work. It is important to understand the various tax credits available to support SRED work, so that you may take advantage of them. These tax credits are often overlooked. Businesses don’t know they exist or they don’t realize they qualify for them.

The Canada Revenue Agency (CRA) has made a number of changes in recent years. One of these changes was to the SRED program. The SRED program allows businesses to deduct the cost of eligible SRED expenditures. This is a complex area of the tax act that can be difficult to understand with complicated tax implications. To claim SRED tax credits, you must follow the rules set out by the CRA.

This blog post addresses some of the basics of SRED, such as:

You can claim the SRED credit on a corporate tax return for corporations and on the personal tax returns of proprietors and partners. A qualifying corporation can claim the maximum credit of $400,000 in a given year. In general, scientific research and experimental development is a term used by the Canadian government. It describes research that is done in an effort to discover new knowledge or to improve existing knowledge in specific industries.

The SRED program, administered by the CRA, provides incentives for corporations to invest in R&D in Canada. To learn more about what type of work qualifies for the SR&ED credit, visit the CRA website.

2. Which expenditures are eligible for scientific research and experimental development tax credits?

SRED is a tax credit available to Canadian taxpayers to reduce their taxable income by contributing to the purchase of new or used eligible equipment. Eligible equipment includes any type of equipment necessary in order to conduct your SRED project. You can claim a credit equal to 15% of the SRED eligible expenditure you incurred.

Other eligible SRED expenditures include wages or fees paid to contractors directly involved in your SRED project, materials consumed or transformed during the research process, and a portion of your overhead. When you receive government funding to conduct your research (such as provincial or federal grants) you must deduct it from your SRED costs. Deduct this funding before calculating your investment tax credit and/or refund. 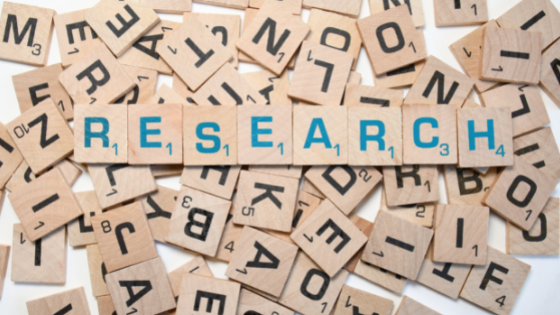 3. How can I track my scientific research and experimental development expenditures?

If you’ve been reading our blog for a while, you’ll already know we recommend Xero for tracking your income and expenses. With Xero’s tracking categories feature, you’ll be able to record and monitor your SRED expenses too. Tracking categories allows you to see a snapshot of different areas of your business based on what you are tracking.

For the purposes of tracking your SRED expenditures and funding, you can set up a SRED tracking category. Whenever you record any funding you receive and expenses incurred regarding your SRED project, be sure to mark it as part of SRED. This will save you and your accountant a ton of time when it’s time to prepare your SRED claim.

When you’re ready to prepare the cost section of your SRED claim, use Xero’s Tracking Summary Report to view all the items you have classified as SRED.

4. How does my company claim SRED expenditures?

As mentioned previously, the SRED claim is part of the corporate tax return. There are two main parts to the claim: the project description and the T661. The project description must address CRA’s questions regarding the eligibility of the project. These questions are included on Form T661. However, many companies use a formal written report when addressing these items. A project manager or someone with specialized industry knowledge usually completes the report.

The project description must answer the following questions:

Form T661 includes the above questions regarding the project as well as the names of key people involved in the project and the type of documentation available to support the project claims. Specific costs are also listed on the form. Costs are totalled for the purposes of calculating investment tax credits and refunds.

Even if you conducted a project intended to advance the knowledge in your industry, but it was unsuccessful, consider applying for SRED tax credits. Since the success of the project has no bearing on whether your company will receive SRED tax credits, it’s important to track expenditures accurately while the project is ongoing. By nature SRED has uncertain outcomes and unsuccessful projects may still qualify.

This article barely scratches the surface of what is involved with applying for scientific research and experimental development tax credits. As with any specialized area of tax, SRED tax credits are complicated. There are many qualifying factors as well as different rates for the tax credits depending on your corporation. If you think you may have a project that qualifies, fill out this form to get in touch and learn more.

About the Author: Michelle Cornish

Michelle Cornish is an author and former CPA from Enderby, BC.